Our newest camellia is a winner 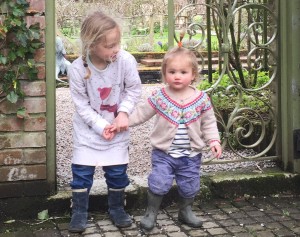 We have a new camellia – Camellia saluenensis ‘Isadora’ – named after the newest member of the Galsworthy family and a winner the first time it was shown.

The delicate pink bloom was entered for and won its class at the RHS Early Camellia show held at Rosemoor, Devon. Before the show Head Gardener, Gary Long, was in the process of registering the name, but winning the class has made the name official.

The real Isadora is the first child of Sam Galsworthy, heir to the Trewithen Estate, and his wife Kitty. She was born in November 2014. Her namesake is a natural hybrid pollinated by either the wind or bees in the garden. Natively this form of camellia has petals of light pink to white. Camellia Isadora has petals with a vibrant pink edge and a triangle of white at its centre. When the bloom is fully open the white triangles join to create a star framed by baby pink.

Trewithen is an international Camellia Garden of Excellence famed for nurturing hundreds of top quality varieties of the shrub.

Gary said: “We discovered this new form of Camellia saluenenis whilst clearing overgrown laurel hedging. As the newest camellia in the garden it seemed appropriate to name it after the newest member of the family.”

Kitty said: “Sam and I are thrilled the new camellia was named after Isadora and very excited it won the class the first time it was shown.”

Camellia Isadora was one of 21 camellias, eight rhododendrons, one magnolia and six flowering trees and shrubs to win awards for Trewithen at the Early Camellia Show – the first show of the season the garden has entered.

The gardens are open from March 1st to June 30th, 7 days a week.