It is almost unheard of for the shrub, part of the Tea family, to flower in this country as it needs a long hot summer to produce its large, fragrant, cup-shaped snow-white blooms – similar to the camellia blossoms Trewithen is so famous for.

But despite the disappointing summer weather manager of the Trewithen Nursery, Luke Hazelton, has encouraged three of the shrubs to flower this year and is hoping to nurture another 10 to pass on to plant connoisseurs this time next year.

Luke said: “It’s such a rare shrub, extinct in the wild, that to see it flower in this country is going to be of great interest to serious plant-lovers. I’ve talked to the experts at The Royal Botanic Garden, Kew, and they’re as surprised and excited as we are, especially as it is flowering earlier than expected.”

The plant, commonly known as the Franklin tree, is native to the Altamaha River Valley in Georgia, USA. Although it is believed to have been extinct in the wild since the 1800s specimens of the shrub were brought back to the Trewithen Estate between Truro and St Austell by plant collectors, that same century, where they grew until eight years ago.

Luke had collected cuttings from the original Trewithen Franklin trees and this year cultivated his extraordinary crop.

The plant, which can withstand freezing temperatures but prefers warm weather, can grow to around 10m tall but more commonly reaches between 4.5m and 7.5m. It has long oblong succulent leaves and flowers abundantly in its native North America from mid-summer until early autumn, the flowers often lasting until the shrub’s leaves change colour to a vivid orange-red.

Kew also has a Franklinia altamaha shrub, which was donated to its famous arboretum by the owners of the Trewithen Estate, the Galsworthy family. 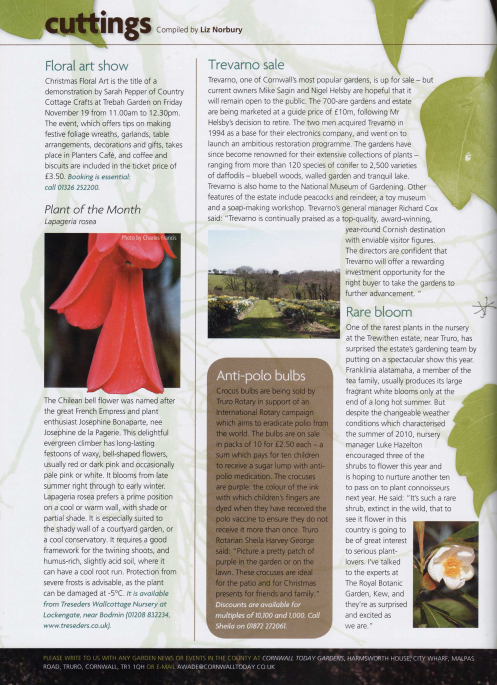 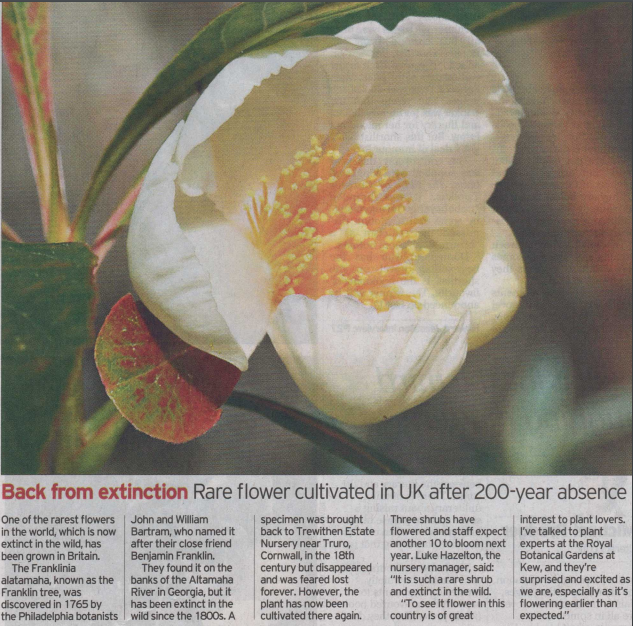