Rhododendron Trewithen Purple will now be included in all horticultural reference books and encyclopedia and sets the standard for the rest of the country.

RHS registering officer, Dr Dawn Edwards, has also taken a specimen of the flowering shrub to the RHS garden at Wisley where she is hoping to grow it on before putting it on display there.

As a further honour to the plant, which is now on sale at the estate’s plant centre, Gary made it his Plant Personality of the Year for 2010.

Gary said: “The arrival of the certificate was an exciting end to an extremely successful year at Trewithen and 2011 looks like it could be just as good if not better.

We managed to pre-empt the early start to winter and protected the garden’s famous flowering bushes trees and shrubs. Unlike many local gardens we have had virtually no casualties and the signs are that at Trewithen it’s going to be a blooming marvellous spring.”

Gary explained that for many years the mild Cornish winters have encouraged the Magnolia to flower early but the cold snaps of the last three years have re-set the seasons delaying spring until March – more in line with horticultural text books.

This year the buds are still tightly protected by their perules – slightly furry protective scales that, when they fall to reveal the bloom, look like rabbit’s ears. It seems likely the Magnolia, along with many of the garden’s other flowering trees, will be at their glorious best in time for Trewithen to re-open to the public on Tuesday, March 1. 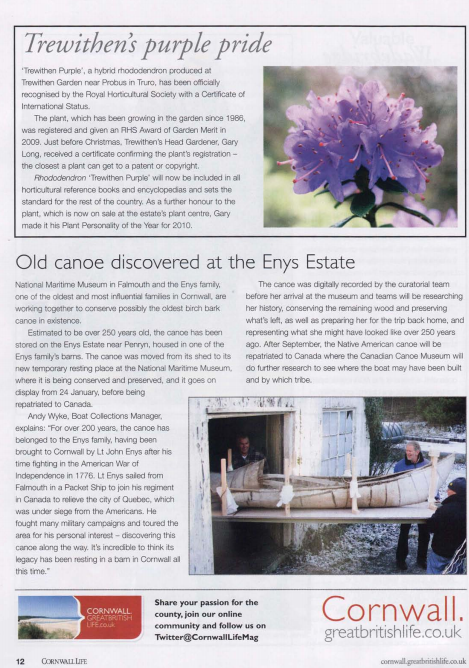 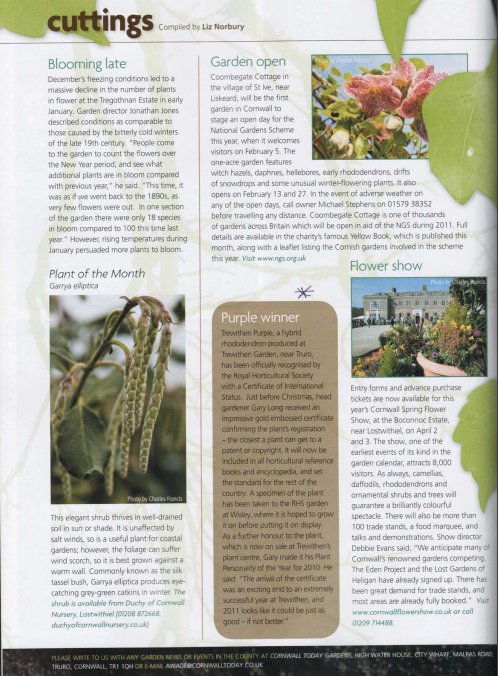